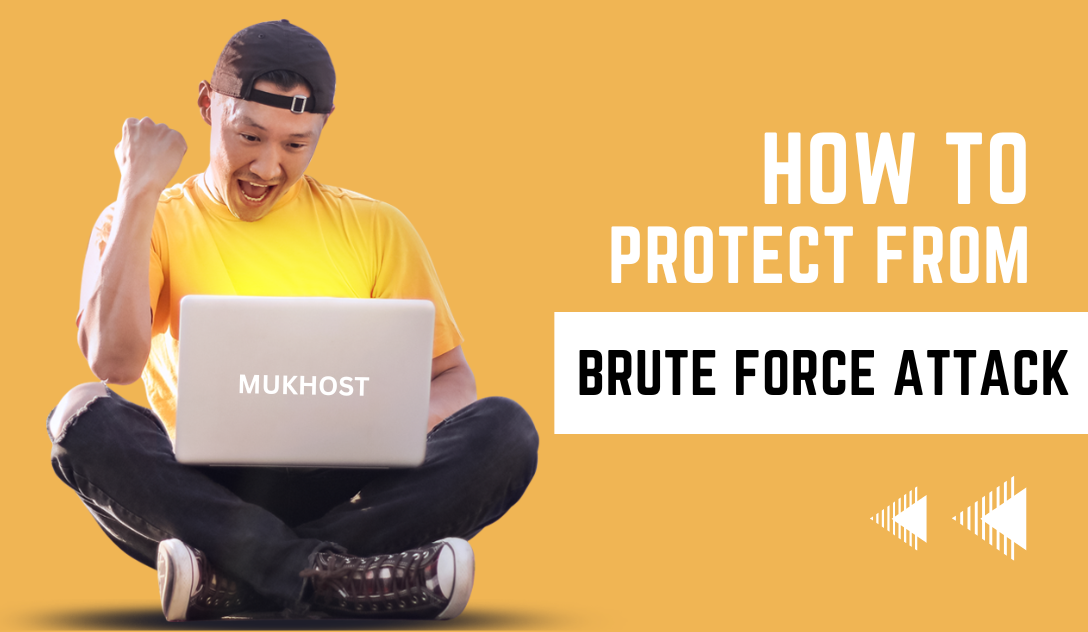 We all know that two types of attacks can be launched against our websites: brute force attacks and social engineering attacks.

What is a Brute Force Attack?

Brute force attacks are those that try to guess your login credentials. They can be launched by automated bots or human attackers trying to access your site.

On the other hand, social engineering attacks are usually launched by people hired to attack your website. This type of attack is generally launched by sending you a phishing email, a message designed to make you click on a link to access a website that looks like the real one but isn’t.

In addition, hackers may try different combinations of letters, numbers, and special characters in the order that they appear in the original password, such as “a1b2c3d4e5f6g7h8i9j0” instead of “abcdefghijklmnopqrstuvwxyz.”

There are a few different types of brute-force attacks, each with benefits and drawbacks. Here are three of the most common types:

How to protect yourself from brute force attacks?

Brute force attacks are becoming increasingly common, and there’s not much you can do to protect yourself from them.

The best way to protect yourself is to be aware of the signs and symptoms of a brute force attack and to take action if you detect them. Here are a few things to watch for:

If you notice any of these signs or symptoms, take action immediately. Don’t wait for something to happen; take steps to protect yourself now.

Keeping Your Password Safe From Brute-force Attacks With MukHost

At MukHost, we have a security tool that helps protect website passwords. Hackers often try to access a website by guessing the login password for the content management system (CMS). For example, in the case of WordPress, the login page is often located at /wp-admin. Our security tool helps prevent this attack by making it harder for hackers to guess the correct password.

Malware Attempting to Guess Passwords Through Trial And Error

Hackers may access your information by cycling through different versions of common passwords. This is called a dictionary attack, where the code uses words from a “password dictionary” and tries common words and passwords that have been used before. It’s important to use a unique and secure password to protect yourself, even if it is hard to remember. There are tools called password managers that can help with this.

Another method that hackers might use is a brute force attack, where the code tries every possible combination of characters. Even if you have a random password, these attacks have a good chance of guessing it correctly, given enough time.

We monitor requests to common login pages. When a request is made, it looks at a number of things:

Sometimes, Google has a tool called reCAPTCHA that we use to help decide if we should let you log in. This is especially helpful if someone is trying to break into your account by guessing your password over and over again. reCAPTCHA can help stop them.

However, there are times when Google’s tools need help to make a decision. When this happens, you may see a box on your screen that looks like this:

Before anything else happens on our website, you will see a splash page. This page is shown on a different server, which means that malware can’t get to the important data for your site.

We have some checks to keep your site safe, and Google also has checks to help. Together, these checks can stop any scripts that try to break into your site. This is called a “brute force” script, which tries to guess your password repeatedly until it gets in. Our checks and Google’s checks work together to stop these scripts from succeeding.

How Do You Mitigate a Brute Force Attack?

There are many ways to mitigate a brute force attack, but installing an application firewall and adequately configuring it is the most effective way.

Ensure you have a strong password and don’t use the same password for all your accounts. This will help protect your account from being compromised by a brute-force attack.

Eye on any Suspicious Activity

Doing this can help keep your account secure and minimize the damage that a brute-force attack can cause.

What is Brute Force Attack Example?

Brute Force Attacks are one of the most popular methods for hackers to gain access to your website. They are performed using sheer force to try and break into a website. These are not just limited to websites; they can also be used to access email accounts, social media accounts, and even cloud storage accounts. The only way to protect yourself against Brute Force Attacks is to have a strong password. This is the only way to keep your personal information, website content, and email safe.

What is CRON and What Can You Use It For?

How To Change Your Fonts in WordPress?

How to select the best DMCA ignored hosting (Offshore Hosting)

We use cookies on our website to give you the most relevant experience by remembering your preferences and repeat visits. By clicking “Accept All”, you consent to the use of ALL the cookies. However, you may visit "Cookie Settings" to provide a controlled consent.
Cookie SettingsAccept All
Manage consent

This website uses cookies to improve your experience while you navigate through the website. Out of these, the cookies that are categorized as necessary are stored on your browser as they are essential for the working of basic functionalities of the website. We also use third-party cookies that help us analyze and understand how you use this website. These cookies will be stored in your browser only with your consent. You also have the option to opt-out of these cookies. But opting out of some of these cookies may affect your browsing experience.
Necessary Always Enabled
Necessary cookies are absolutely essential for the website to function properly. These cookies ensure basic functionalities and security features of the website, anonymously.
Functional
Functional cookies help to perform certain functionalities like sharing the content of the website on social media platforms, collect feedbacks, and other third-party features.
Performance
Performance cookies are used to understand and analyze the key performance indexes of the website which helps in delivering a better user experience for the visitors.
Analytics
Analytical cookies are used to understand how visitors interact with the website. These cookies help provide information on metrics the number of visitors, bounce rate, traffic source, etc.
Advertisement
Advertisement cookies are used to provide visitors with relevant ads and marketing campaigns. These cookies track visitors across websites and collect information to provide customized ads.
Others
Other uncategorized cookies are those that are being analyzed and have not been classified into a category as yet.
SAVE & ACCEPT